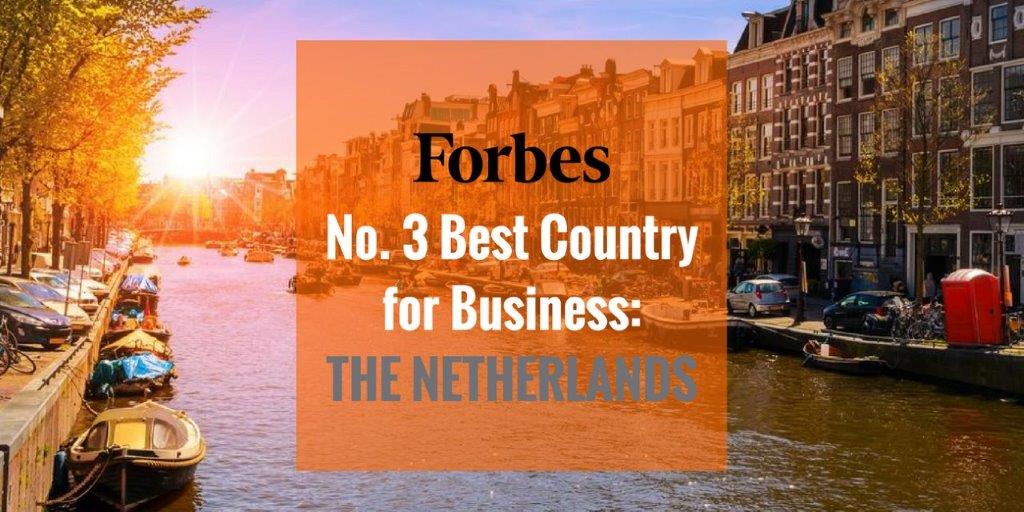 Holland was also among the best countries for technology and innovation

The Netherlands is the No. 3 Best Country for Business, says Forbes. The annual ranking placed the Netherlands above other European countries including Ireland, Germany and France. Rounding out the top five on the best countries list are the U.K., New Zealand, Sweden, and Canada.

As the sixth-largest economy in the European Union, Forbes reports: “[the Netherlands] plays an important role as a European transportation hub, with a persistently high trade surplus, stable industrial relations, and low unemployment.”

The 9-day The Hague Festival from 15 to 23 July will showcase chefs and restaurants from the city, alongside food and drink producers from the surrounding region.

Supported by the Municipality of The Hague and the city’s hospitality branch, the festival celebrates the quality and variety of food and drink to be found here. Whether it is the freshest seafood from Scheveningen harbour to world-class restaurant creativity, there is so much to choose from for every taste and wallet.

The Haagse Wereld Hapjes culinary festival is a greaf food festival. The festival brings together a variety of restaurants with cuisines from all over the world. Have fun discovering and tasting well known and lesser known kitchens in 1 place. More than 25 Hague-based restaurants will prepare their dishes on the spot and will offer a suitable accompanying beverage.

The annual Vlaggetjesdag festival will take place in and around the Scheveningen Harbour in June. This festival is one of the biggest events of the year in The Hague and usually attracts some 200,000 visitors.

The city is celebrating ‘100 years of Mondriaan and De Stijl’ and is completely 'Mondrianising'. The Hague is unveiling the largest Mondrian in the world. The painting with the familiar red, yellow and blue surfaces and straight lines is being exhibited on one of the city’s most striking buildings: City Hall. A unique composition, precisely because of the combination of Mondrian’s work and the iconic architecture of architect Richard Meier.

The Hague – In 2016, a total of 49 foreign companies invested in The Hague. They either opened a new office or expanded their business in the city. Over the next three years, these companies are expected to create 588 extra jobs for the city.